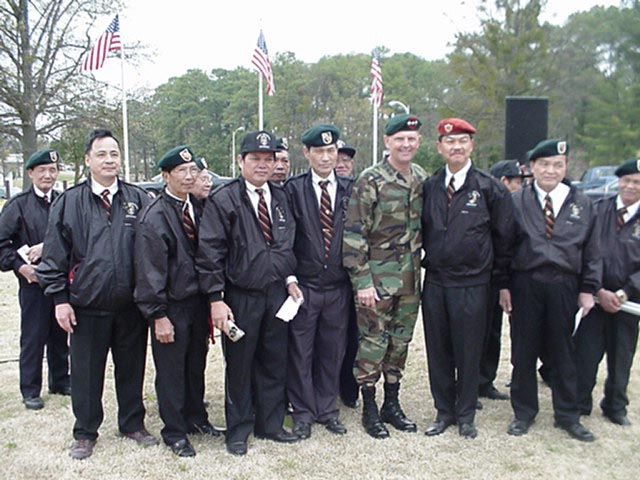 The Army acknowledged the accomplishments of the most secret commando unit of the Vietnam War on Wednesday.

The Presidential Unit Citation went to the group 29 years after it went out of business and three years after CNN broadcast a bogus report saying it used nerve gas on defectors. The network later retracted its story.

The unit was called the Military Assistance Command-Vietnam Studies and Observation Group, or SOG.

After the ceremony, some of the veterans sarcastically thanked CNN for broadcasting the nerve gas report in 1998.

‘‘I think that (the award) is long overdue, and I think that we have to give some thanks to CNN because the fiasco that they produced caused an investigation by the Department of Defense and others that found that we were not only not war criminals but, in fact, we had a collection of heroes that was not equaled,’’ John K. Singlaub said after the ceremony. 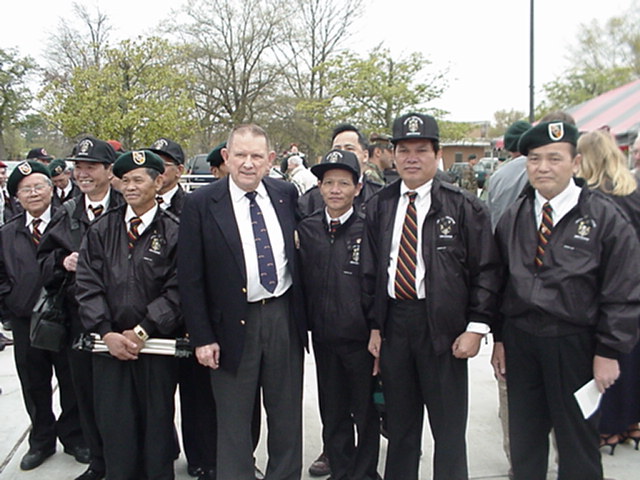 The Presidential Unit Citation is given to units that display gallantry that set them apart from other units. The unit award is equal to the individual award of the Distinguished Service Cross, the U.S. military’s second-highest award for valor.

Hundreds of people attended the award ceremony in the plaza on Ardennes Street on Fort Bragg. A statue of SOG veteran Col. Bull Simons stands in the plaza.

Retired Maj. John L. Plaster was the first person to receive a special commemorative coin minted for the occasion. He wrote a book about SOG and worked for recognition of the unit.

‘‘It’s a day that I think most of us thought would never happen,’’ Plaster said after the ceremony. ‘‘Everything we were doing in the old days was denied. We accepted that. That’s part of the cost of doing classified, black operations. Even our existence was denied. There were a great many young men that came home that could never quite tell their families, their friends what they did.’’

SOG members operated deep behind enemy lines in Vietnam, Cambodia and Laos. They conducted operations on the Ho Chi Minh Trail, the North Vietnamese supply line through the countries that border South Vietnam.

The host for the ceremony was Lt. Gen. Doug Brown, commander of U.S. Army Special Operations Command at Fort Bragg.

SOG members had ‘‘the guile and the audacity to take the war where the enemy lives, to get at his sanctuary, to make him react, to take away his safe and secure environment, give him those chills as he is walking down that long jungle trail at night, not knowing if around the corner members of SOG are waiting,’’ Brown said. ‘‘It doesn’t take many. It doesn’t take often, but it takes men of steel, willing to take risks, willing to make the trip.’’

The missions included sabotage, calling in B-52 bomber strikes, search and rescue of downed pilots in the jungle and destruction and recovery of sensitive equipment.

The operations tied down thousands of members of the North Vietnamese Army searching for SOG, Brown said.

At its peak, SOG had about 2,000 members. An estimated 7,800 men served in SOG over its eight-year existence. Some SOG veterans, such as Dick Meadows, Eldon Bargewell and Walt Shumate, became founders and leaders of Delta Force, the Army’s counterterrorism and hostage- rescue unit founded in 1977.

SOG members received more than 2,000 individual awards for heroism, including 10 Medals of Honor, twice as many as the 82nd Airborne Division received in both world wars.

SOG had high casualty rates. In 1968, the unit had more people killed and injured than it had positions.

Tangney hailed the members of the Army, Navy and Marines who flew the airplanes and helicopters on the infiltration missions and the fighter airplanes that helped rescue teams.

‘‘Most of our missions were classified for so long that nobody got much recognition,’’ Grove said.

Among veterans at the ceremony were 10 South Vietnamese commandos who were sent on missions to North Vietnam, where they spent 20 years in prison. The Vietnamese, who wore green berets to the ceremony, live in Georgia. 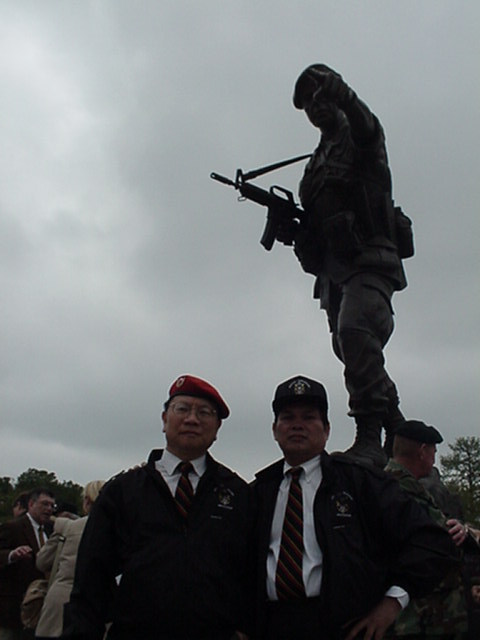